In case of the lack of ground ginger and garlic, add fresh ginger root and a few cloves of garlic after grating. For bitter wings, add hot pepper powder to taste in the marinade.

Divide each wing in two with a knife. 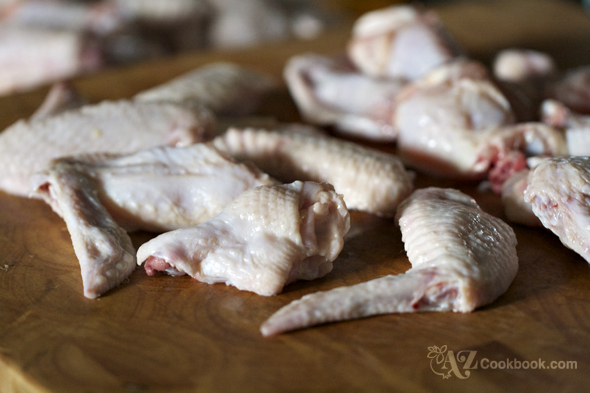 To make the marinade, combine the remaining ingredients in a large bowl. Add the wings to the marinade, stir well, cover the bowl and refrigerate for at least 8 hours. 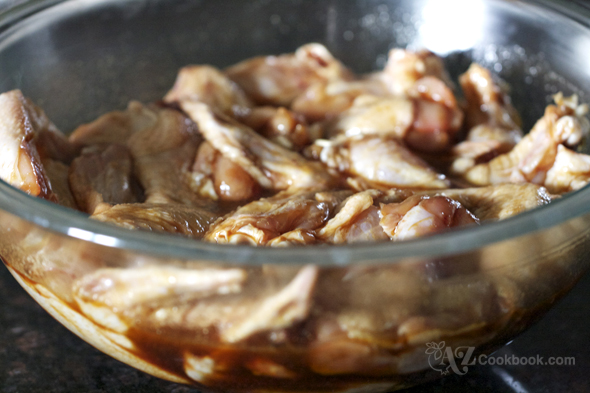 Preheat oven to 180 degrees. Spread the wings in one layer on a baking sheet. Bake over medium in the oven for about an hour or until the wings are golden brown. If the wings leave water during this period, remove it and continue cooking. The finished wings should be well done and a little sticky, not juicy. 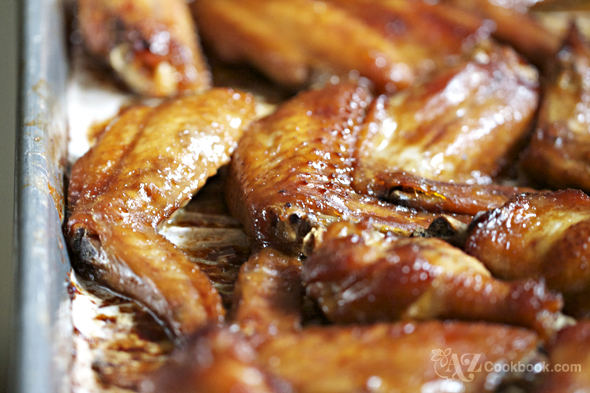